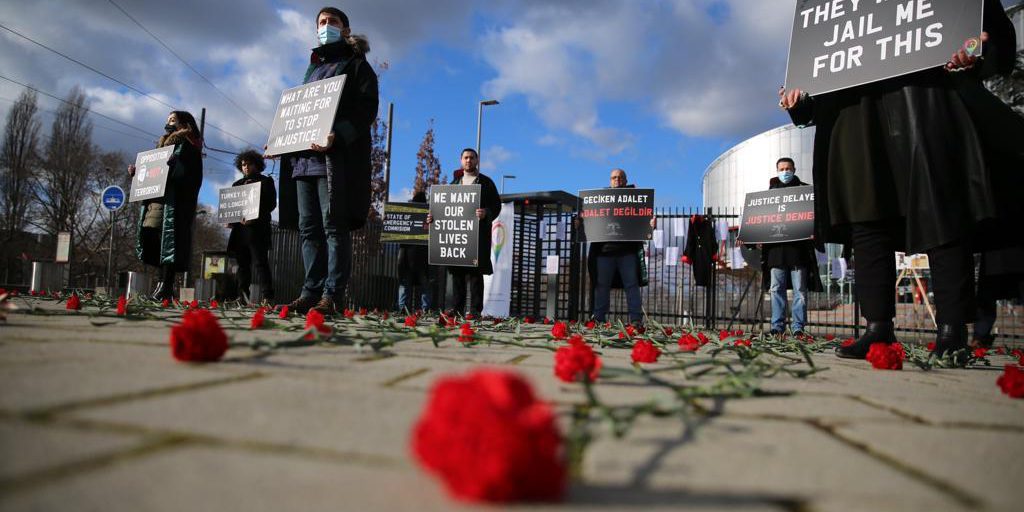 As the Unconditional Justice Movement, we stood our ninth watch in front of the European Court of Human Rights on Sunday, January 24. This watch, which we held on the Day of Lawyers in Danger, lasted four hours with the participation of many people.

Not only lawyers are in danger, but also the citizens whose rights lawyers defend, the right to defense, the right to a fair trial, justice and freedom are all also under threat. In this direction, we demand that the lawyers in prison be released immediately and unconditionally, that the pressure on lawyers be eliminated, and that an environment in which lawyers can perform their professional activities and duties without being exposed to any danger or impediment be built up.