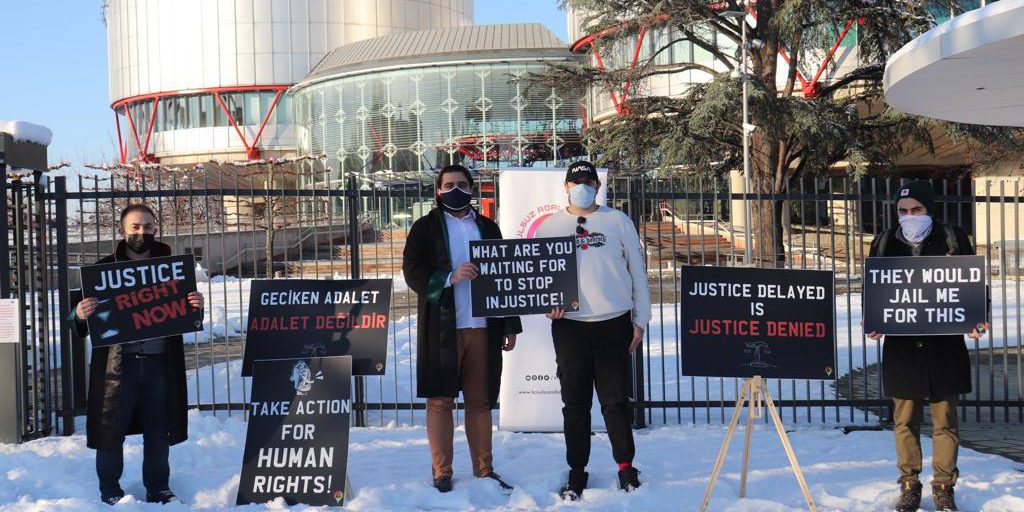 As the Unconditional Justice Movement, we stood our eight watch in front of the European Court of Human Rights on Friday, January 15th. Our watch lasted two hours with the participation of three people.

As the Unconditional Justice Movement, we declare that a government which doesn’t treat all its citizens equal -with respect especially to the exercise of the right to freedom of thought, conscience and religion- and doesn’t comply with the decisions concluded thereof by independent and impartial judicial authorities is moving towards an authoritarian regime and distancing itself from human rights and universal values.