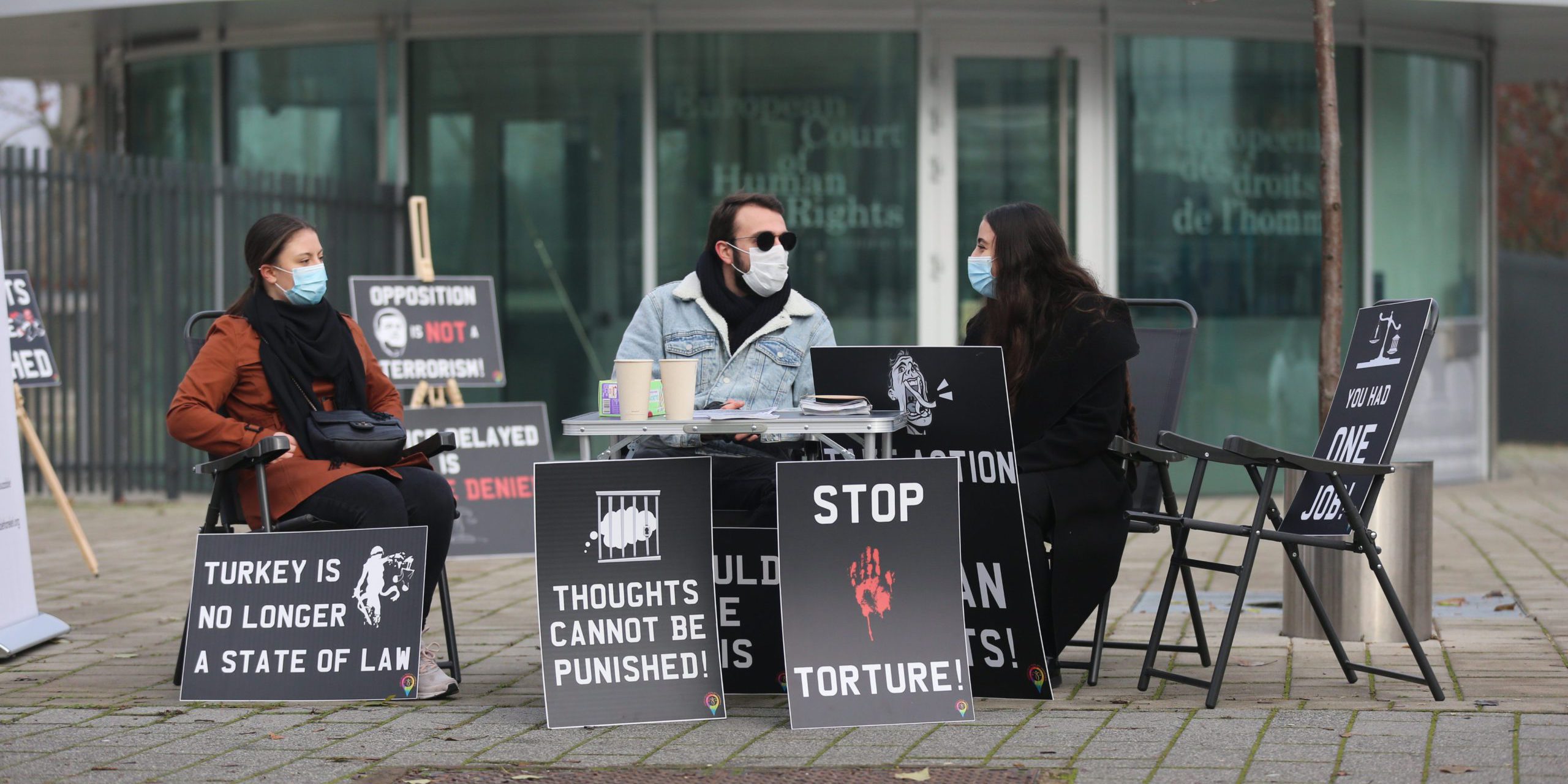 As the Movement For Unconditional Justice, we carried out our fourth watch in front of the European Court of Human Rights (ECtHR) on Friday, December 18th.  Due to the ongoing of the epidemic, our watch lasted 2 hours with 5 attendances.

Having been resulted from Hendek operations, the curfew, which was declared in 11 provinces, 51 districts and at least 1166 times in the Southeast, has taken place in history as a negative development for Turkey besides bringing along a lot of violations of rights.