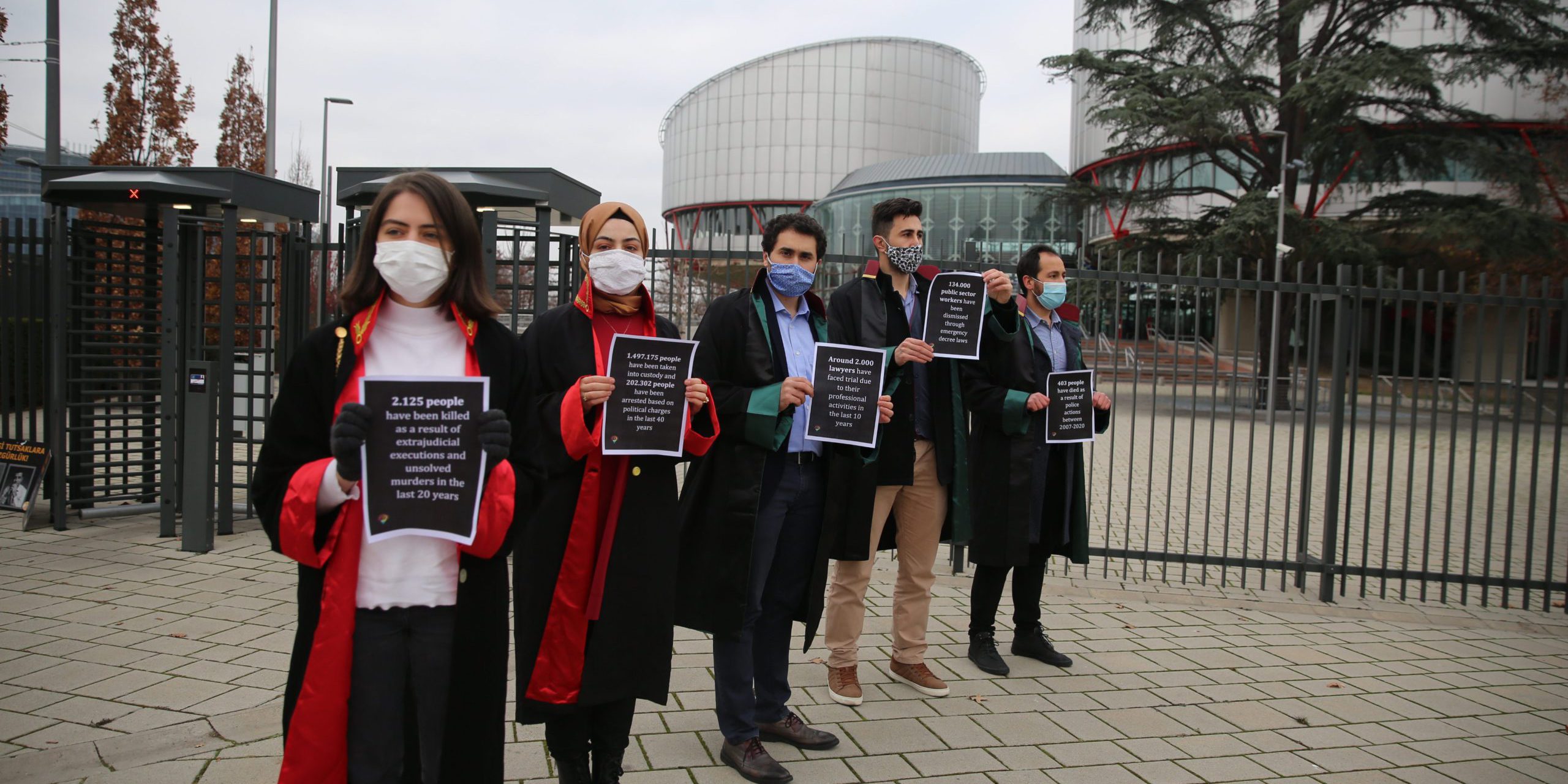 As we do every week, we stood our thirth watch in front of European Court of Human Rights on December 10th “ Human Rights Day”. Due to ongoing of the epidemic, our watch lasted 2 hours with 5 people. During the watch;

Because of the Human Rights Day, as citizens of the Republic of Turkey, we have expressed repeated violations of rights for decades.
Mohammed Ali Stone and Hüsamettin Ugur, who was violated their rights in Turkey and were beaten by the civil servants in recent weeks, and beyond that we commemorated Berkin Elvan, Tahir Elçi, Mevlüt Oztas, Kuddusi Okkkır, Taybet Inan, Ali El Hemdan, who were unlawfully killed in the past.
In the last 20 years, we explained that 2,125 people died as a result of extrajudicial executions and unknown perpetrators, 785 people are dead in prison, 82 people are dead in detention, 56,900 people were subjected to torture and ill-treatment. We have therefore explained the right to life is disregarded.
In the past 40 years, 1,497,175 people have been detained on political charges, 202,302 people have been arrested on similar charges. Curfew was imposed on 1.116 settlements. The passports of 582,419 people were canceled and freedom of travel, one of the most fundamental rights, was prevented. At least 130,000 people have had to leave their country in the past 40 years. In this context, we stated that the people’s freedoms were taken away from them.
We pointed out that 134,000 people were dismissed from their profession through administrative procedures without a judicial decision, 1.056.000 people have been investigated on charges of ‘membership in an armed terrorist organization’ only between 2016-2018, people are subjected to discrimination than ever before, the presumption of innocence is disregarded, people’s defense rights were taken away.
More than 1600 lawyers have been detained with major operations for political reasons to fulfilling the requirements of their profession, more than 600 lawyers have been arrested. Turkey, where people are not given sufficient right to defense, actually deserves to be a more respectful state of human rights.